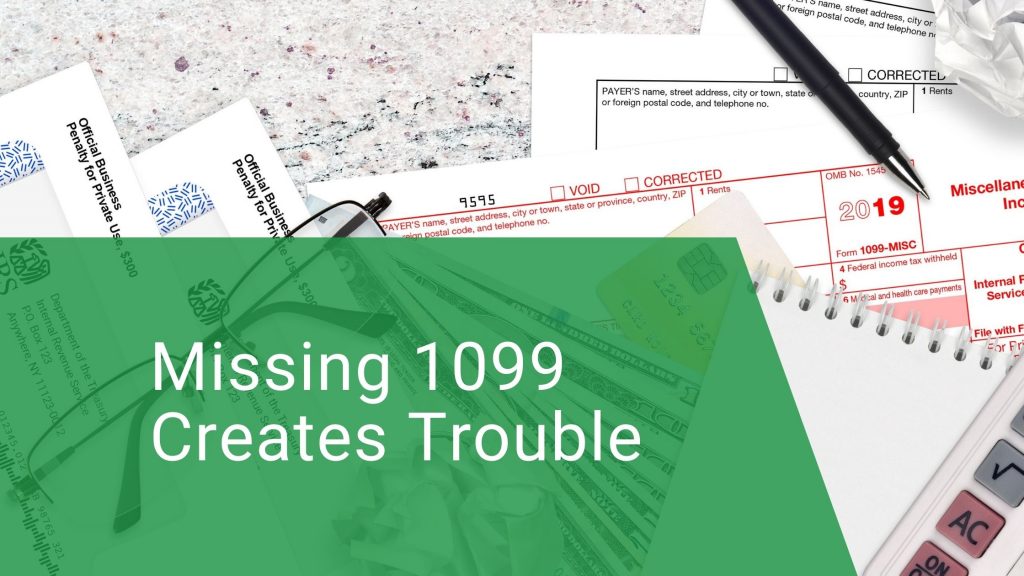 Uriah Vincent Jones worked for three employers during the year. He also worked as an independent contractor for a condominium developer.

In preparing his tax return for the year, Jones left out the 1099 income from the condominium developer. Shortly after filing his return, Jones received the 1099, but he did not file an amended return. This was a mistake.

The IRS showed up to give Jones the grand quiz about the unreported 1099 income.

Undeterred by the IRS, Jones took the matter to court, declaring that he was an employee and not an independent contractor. The court ruled against Jones and assessed both the income and self-employment taxes.

Always report your income, even when you don’t receive the 1099. It’s taxable, regardless of 1099 receipt.

Keep in mind that 1099s get delayed or lost. The postal service has been known to deliver things to the wrong address and sometimes to store mail in a train car for more than a year before delivering it. Sometimes employers file their 1099s late, as in this case. And then there are those employers who fail to send the 1099s.

Not including your 1099 income in your return is like posting a big sign for the IRS with the words, “Idiot here, come audit immediately.”

Posted in Blog, Tax
← Getting Started with QuickBooks Online in 2022Start Planning Now for 2022 Income Taxes →